Have you ever been caught doing something wrong? I know I have. When I was a kid my parents believed in spanking and I got a lot of them. I even got spanked by my principal when I was in kindergarten. This for sure shows my age, but I know what it’s like to do wrong and get caught doing it.

The truth is, all of us have done something wrong whether physically or internally with our heart. It’s a part of being a human and dealing with the sinful nature we have. The anguish of hiding it or lying about it can be just as bad as doing wrong because the guilt eats away at us. This is a product of the cycle we face as people in dealing with ourselves and in dealing with others.

But Jesus knew this, and He faced this head-on when He walked the earth. So many stories reveal the nature of God in how He dealt with individuals who were caught in wrong moments and then, how He redeemed them.

One of these of stories gives us a picture of a dirt road and redemption.

“‘Teacher,’ they said to Jesus, ‘this woman was caught in the act of adultery. The law of Moses says to stone her. What do you say?’ They were trying to trap Him into saying something they could use against Him, but Jesus stooped down and wrote in the dust with His finger. They kept demanding an answer, so He stood up again and said, ‘All right, but let the one who has never sinned throw the first stone!’ Then He stooped down again and wrote in the dust. When the accusers heard this, they slipped away one by one, beginning with the oldest, until only Jesus was left in the middle of the crowd with the woman. 10. Then Jesus stood up again and said to the woman, ‘Where are your accusers? Didn’t even one of them condemn you?’ ‘No, Lord,’ she said. And Jesus said, ‘Neither do I. Go and sin no more.'”

There is so much truth in the story that it would take several blogs to unpack it all and yet, we see the heart of Jesus through this.

What stands out to me is two things.

First, Jesus wants us to focus on our own issues and not the issues of others. This woman was caught in the act of adultery which was a sin and punishable by death according to the law. There was no doubt she was guilty and she was vulnerable of this punishment.

But Jesus challenged the crowd to focus on their own sin and not on hers. This speaks to us today in big ways.

Just like then, we are tempted to focus on other people’s issues and even their drama and want to be the judge and jury of someone else’s downfall. It’s probably even worse today with social media and then the media itself. Through a variety of forms people’s business can get in the street which leads to debates, opinions and conversations about someone else’s drama and issues. It seems that our society thrives on this and we love a good story especially when it’s scandalous. But Jesus is asking us to look in the mirror. He’s asking us to focus on our own stuff and make sure that we are right with God. While we’re tempted to punish someone else, Jesus wants us to be introspective for our own life change.

This is a great encouragement for Christ followers everywhere because too many times, individuals and then churches adopt this attitude and it’s not His heart.

We can be too worried about what other people are doing, and not dealing with the issues looking at us in the mirror. In our story, we see Jesus diffused a mob by having them face themselves. So what would happen if all of us would face ourselves? I believe the mob mentality would dissipate and the heart of Jesus would come through.

Second, Jesus wanted a one-on-one moment with this lady to redeem her. When everyone walked away, it was just her and Jesus. On this dirt road, a personal encounter with Christ changed her life.

Notice, Jesus didn’t condemn her, He redeemed her. Her life was changed by His power, love, grace and mercy. This speaks to us today.

Jesus wants one on one time with us. He wants us because He died for us. In our story, everyone was caught up in another person’s life, but all Jesus wanted was their life. When we give Him a chance to touch us, everything changes. His redemption is revealed.

I believe, when people are throwing stones at others, it’s because they are condemned about themselves. But Jesus doesn’t condemn us, He redeems us.

He doesn’t want us being lost in other people’s stuff, He wants to redeem our stuff. He wants to do miracles in our lives and so to do that, we have to give Him a chance to work in us. This is why He wants us to focus on our issues and then have a one on one moment with Him. This is what we need and this is what we want, so take a step forward, Jesus will meet you there.

So I ask you, are you caught up in other people’s messes?

Please let it go and let Jesus in your own life. We are all susceptible to mistakes. So when someone else messes up, we are to love them and bless them because it could happen to us too.

Let God in your stuff today. Let Jesus have one on one time with you by reading the word, praying every day and being a part of a local church. Give Jesus a chance to be Jesus in you. Because what He did with a dirt road and redemption, He will do for you too.

Have a great day and let your life be the best it can be, starting today!

The best is yet to come,
PD 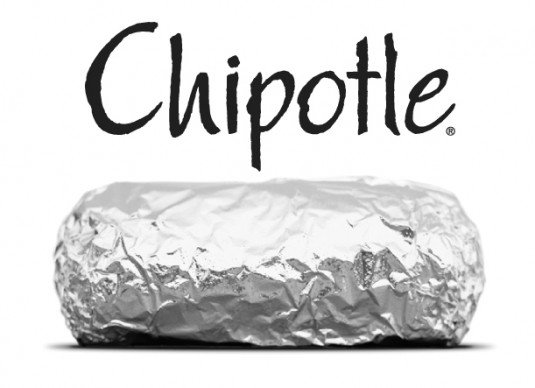 I love chipotle! Their menu is easy and the food is great!! They have a simple business plan to enjoy which draws you back for more! From them, less is more!! This is the same thing we are doing at City! We love, build…

Sunday was tremendous as people received Christ & the atmosphere was filled with His Presence!! Be encouraged that as we build on the rock, our lives will have longevity & we will be sturdy!! We can choose between sand & rock yet the “Rocker”…

Our hearts have a great capacity to love, but to also shut down. It’s amazing how these two positions can fluctuate from day to day within a variety of people and circumstances. I think we all have heart diaries that are deep and intertwined…

Sunday we finish out our series Rock n Roll!! It’s been great as we have talked about Rolling Stone, The Rocker & Live Act! This weekend we are going to discover His Spirit with us in the “Journey!” Daily we live out our Journey…

What does God want from us? The answer to this question is not as easy as some might think. Different groups have their version of this, which gives mixed messages everyday. For example, some focus on women being at home and not working. They…

We have one life to live and one chance to make it count! The yearning for significance is the opportunity to give to others. This is where we live for generations! This is how we maximize our moment! Our moment is the same in…