When we see a donkey we don’t think beauty. We think ugly, durable and stubborn. The donkey is depicted in Winnie the Pooh as Eeyore, a negative personality that brings the party down. Some even use the Donkey as a cuss word to cut someone in an argument. All of this adds to how we see this animal.

Yet, I believe there?s something deeper if we look close enough.

In Jesus? day animals represented different positions of power and influence among the people. Leaders would utilize this to their advantage, symbolizing their role and power over them. For example, stallions were used by conquering generals and kings as they rode into their cities after a victory signifying who they were and what they accomplished. Some would even kiss the hands of Caesar and show homage by bowing down to the ground as he passed by. Because of this, you would never see one of these individuals riding a donkey, as it wouldn?t add to their lore among their people. Their main emphasis was on the power they had and how they could protect it at all cost.

Conversely, the donkey represented the exact opposite.

They represented humility and peace connecting to the idea of serving others and being on their level. When Jesus rode the donkey into the ancient city of Jerusalem, it was a message of who He was and how He led. This act not only fulfilled prophecy but it also signified His heart for everyone. He showed a donkey?s beauty by being a bridge to all people verses having a barrier to them. His heart was with the people, so He exuded acts that conveyed this message. The donkey?s beauty is full of peace and humility, showing us what we can have through Jesus and how we are to treat others.

Notice, our King is riding on a donkey because He?s the King of Peace and He leads with humility toward all people. His presence gives peace that surpasses our understanding, and His humility reaches to our lowliest place lifting us up in hope. Jesus himself is peace and He reaches to all corners of the earth for those who are looking for Him. The donkey?s beauty is seen through it?s message of what Jesus says and what He will do.

So what does this mean for us?

First, Jesus wants to give us peace. In the turmoil of life and the pace that we live, Jesus is the anchor of our peace. The good news is, this is not based on circumstance, but rather it?s based on who He is and He freely gives peace to anyone who asks. Today Jesus has peace for you. He?s able to erase torment and turmoil in our minds and give us joy and love. Our King is peace and He has it for everyone.

Second, His humility guides Him to serve us where we are. He’s not afraid of getting dirty. He?s not afraid of our mess. He’s humble and He reaches down with healing as He forgives our sins and covers our lives. Yes, this humility empowers Him to touch all people, no matter the place, the time or the issue. He?s not lording over us as a dictator, but rather He’s reaching as a Savior! He’s leading us to new beginnings and a donkey’s beauty is seen through Him.

One of the cool things about Jesus is that He doesn’t need to impress people with nice things. For example, He’s not riding a stallion to our house to impress the neighbors or to look cool in their eyes. No, He’s riding a donkey because He’s only concerned about reaching us where we are. This is legendary, as so many would be insecure to ride a donkey as they seek to look good and to be better than others, but not Jesus! He?s bigger than that and a donkey’s beauty is being given to you.

So, what can Jesus do for you?

He’s passing your way, giving love with peace and humility. Reach out and receive this King because with Him, anything is possible. Receive a donkey?s beauty today. It will change your life and this Easter season can be the best you’ve ever had.

Have a great week and may His love be with you more and more.

One of the greatest gifts we receive from God is a New Beginning! Each of us has lived long enough to feel regret, wishing that we could go back to that spot and do better or do differently. Some of us carry this more…

Well here we are, in the middle of the first month of 2021 and it feels like so much has already happened. In fact, in the last twelve months, more has happened than we can comprehend in this moment. It’s going to take us…

Are you Democrat or Republican? Are you white or black? In church, are you Denominational or Nondenominational? These questions and more seem to speak to our differences and why we aren’t together. No doubt about it, there is tension in our culture, and it… 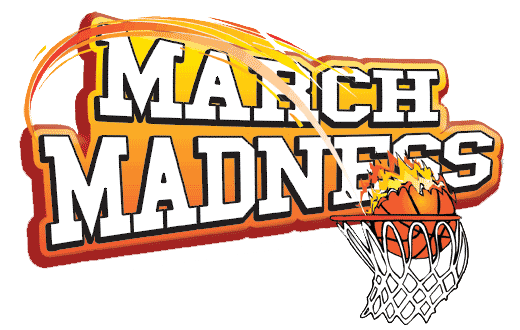 March is known as “March Madness” because of NCAA basketball tournament! It has great games, upsets and a championed crowned at the end! It truly is a great time for sports fans! With this happening we decided to have a series titled “Hoosiers.” I’m…

I believe Bloomington Indiana will be touched by the hand of God!! Something great is happening and we get to be a part of it! You and I were made to be here at this moment, in this era to make impact thus leaving…

We had an epic weekend at City! Families were connected, over 15 people received Christ & we are entering the third week of our fast! I believe God is hearing our prayers & moving on our behalf!! Finish strong & lets see what God…